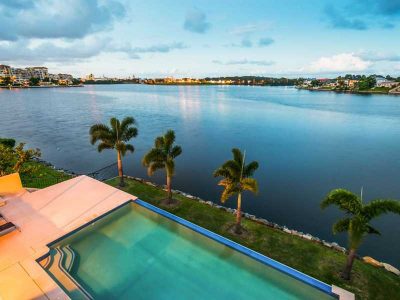 Varsity Lakes is a locality in the City of Gold Coast, Queensland. This was originally known as Stephens. The communities of Andrews, Robina, and some of the parts of the community of Stephens were fused in 2002 to form Varsity Lakes. According to the 2011 census, Varsity Lakes is home to more than 14,300 people.

It was named after Thomas Blacket Stephens, a politician, businessman, land and newspaper proprietor. Stephens once purchased almost 7000 acres of land in 1873 up in the hinterland areas. He named the land Merrimac Estate.

In 1981, the Minister for Environment, Valuation, and Administrative Services changed the area’s name to Stephens after Thomas Blacket.

The name Varsity Lakes was believed to have come from the development headed by the Delfin Lend Lease. A huge patch of land was purchased near Stephens and Robina.

Aside from having educational facilities, public sporting facilities are also present in the area, including Basketball Court, Tennis Court, and Grass Ovals. In 2012, Varsity Lakes Sports House was opened, which caters to water sports such as Rowing, Kayaking, Canoeing, Sailing, and Dragon Boating.

There are two forms of services in terms of public transport in the suburb. Surfside Bus lines operate 53 services to the suburb that connect Varsity Lakes to Robina, Broadbeach, and Tweed Heads, while Queensland Rail operates a City Train from Central Railway Station, Brisbane to the Gold Coast.

While most of Varsity Lakes is filled with residential properties, there are still a lot of trees that come with these homes. Trees are a great addition to any lawns or backyards because they contribute more than cool air for homes. But trees planted near homes need to go through proper maintenance in order to help ensure the safety of property and lives. Tree Essence provides services for homes and businesses in Varsity Lakes in beyond. Tree Essence’s services include tree pruning, tree removal, tree lopping, among various more. For all things that involve trees and arborist services, call on Varsity Lakes.