LOOKING FOR PROFESSIONAL TREE REMOVAL AND LOPPING SERVICES IN Mudgeeraba?

Our expert arborist team is in Mudgeeraba regularly doing tree removals, tree pruning, tree lopping, and other tree services. Check out what other Mudgeeraba customers have been saying about us, making us the highest-rated Arborists in Mudgeeraba! 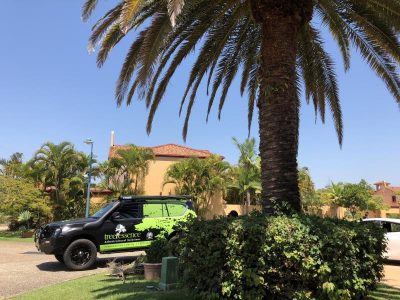 Mudgeeraba is a suburb located in Gold Coast, Queensland. As of 2011, the Australian census tallied a population of more than 13,000 with the women outnumbering the men by a small margin.

The name Mudgeeraba was believed to be derived from an indigenous Australian expression that’s supposed to translate to “place of infant’s excrement”, “place of the sticky soil”, or “place where someone told lies”.

The streets of Mudgeeraba have lined with beautiful houses that beautiful people call home. Take a walk at the Hinterland Regional Park and go into a deeply moving meditation alone with your thoughts.

Even the drive alone is peaceful enough, the traffic is not as dense, and the neighbourhoods are very welcoming. The people in Mudgeeraba are some of the friendliest people in the Gold Coast. A quick stroll on the streets would tell you that the people inside those beautiful houses are very warm, communicated by the strategically placed decorations on the front yard.

Mudgeeraba has a lot of parks and that is because of the abundant number of trees present in the suburb. Trees can also be seen planted along with houses in Mudgeeraba, which then gives a positive atmospherical addition to the property. These trees, however, can be the cause for expensive damages to property, even lives, if left without the proper maintenance. Tree Essence provides tree-related services to homes and commercial establishments in Mudgeeraba. Their services include tree pruning, tree removal, and lots more. Call Tree Essence now to know more.