Our expert arborist team is in Labrador regularly doing tree removals, tree pruning, tree lopping, and other tree services. Check out what other Labrador customers have been saying about us, making us the highest-rated Arborists in Labrador! 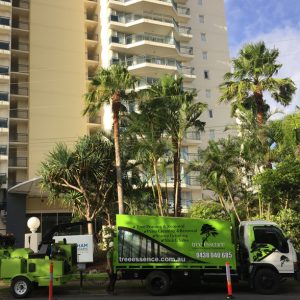 Labrador is a suburb in Gold Coast, Queensland. According to the 2006 Census, the suburb had a population of more than 15,000, and in 2011, the population moved up to 16,402. To the east, Labrador overlooks the Gold Coast Broadwater and Southport on the eastern border.

There are numerous Indigenous sites across the Gold Coast. Because of the abundance of shellfish, mud crabs, oysters, and waterfowl in the area, Labrador was part of the traditional country for some families. There are two local tribes most spoken by the early settlers. Those two tribes were the Yugambeh and Kombumerri.

In the late 19th century, early pioneers believed that a Scottish Engineer Robert Muir named the land after a local fishery in north-eastern Canada, owing to the similarities held in the recreational fishing of streams and the land’s peninsula shape.

In April 1878, sugar farmer and investor, Robert Muir together with John Lennon, an investor, purchased a 139-acre land of portion 62 of Crown Land, known before as Southport North. The area was surveyed and was divided into 19 properties not long after its purchase. When the portions were sold, they were advertised as part of Muir’s Central Southport Estate.

Two notable structures of 1921 were named after a neighborhood, the Labrador house, and the Labrador State School.

The first school in the area which is the Labrador State school was constructed on a four-acre swampy land donated by the state on the corner of Billington Street and Brisbane Road. The institution was officially opened on the 24th of January 1921. The school’s first teacher was Miss Mary Macpherson.

Labrador is mostly composed of residential suburbs. During warmer months, a tree can really help with the internal temperature in the home. Grow a tree on your lawn or backyard, and make sure it goes through necessary maintenance. For tree-related services like tree removal or tree pruning in Labrador, call Tree Essence.