Our expert arborist team is in Elanora regularly doing tree removals, tree pruning, tree lopping, and other tree services. Check out what other Elanora customers have been saying about us, making us the highest-rated Arborists in Elanora! 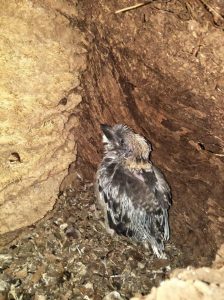 Elanora is a locality in Gold Coast, Queensland. This suburb is situated between Tallebudgera Creek and Currumbin Valley with the bearings approximately 8 miles (13km) west-north-west of the coastal border town of Coolangatta, 58 (94km) miles south-southeast of Brisbane, and 12 miles (19km) south of Brisbane. This suburb is elevated for about 18 meters, approximately 59 ft. above sea level, with an area of 8.9 km. sq.

According to the 2011 census, Elanora has tallied a population of 11,645 individuals living in the area. The population of the suburb consists of 51.9% female and 48.15 males. But after 5 years, the population climbed up to 12,145. The median age in Elanora is approximately 41 years old of age, 4 years above the Australian median of 37.

The term Elanora is the name of a railway station and some lakes located on the South Coast Railway. The suburb’s name was originally derived from an Indigenous word which means ‘a home by the sea’. The suburb was established in 1922. It is where the Elanora State High School, Elanora Primary School, and The Pines are located.

The City Council of Gold Coast operates the Elanora Branch Library within the Pines Shopping Centre located in Guineas Creek Road and was opened in the year 2007.

Elanora is under the Federal Seat; Division of McPherson, an Australian Electoral Division in Queensland that was established in 1948 and named after the McPherson Range.

The suburb’s neighboring areas are Tallebudgera, Palm Beach, Currumbin Waters, and Currumbin Valley which are also part of the City of Gold Coast.

At the Eastern end of Elanora are reserves and parklands, places where trees stand proud knowing that the locals care about them. The people in Elanora have a connection with nature unlike any other, it’s like the trees are considered as neighbors.